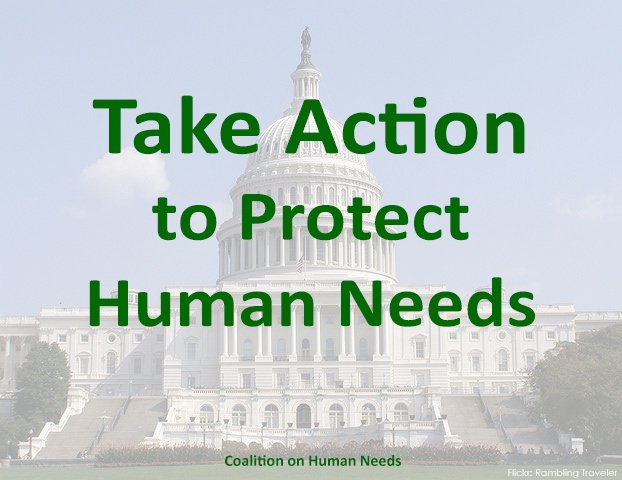 Some are describing Trump’s recently released "skinny budget" more accurately as a "starving budget." It guts essential programs and services that were already minuscule parts of the federal budget, while inflating the already gluttonous defense budget by $54 billion.

While it’s true that this budget, as is, would likely never pass Congress, the ideology it represents can and will. The budget reveals the conservative fantasy: erasure of nearly all of the societal benefit programs that improve life for millions in the name of national security. But it also represents just how truly out of touch conservatives are with the priorities of the American people.

We know this because of the great work done by organizations like The National Priorities Project: a non-profit, non-partisan federal budget research organization that works to inspire individuals and movements to take action so our federal resources prioritize peace, shared prosperity and economic security for all.

For example, according to the National Priorities Project, 8 in 10 Americans wouldn’t mind raising payroll taxes and taxing income over the earnings cap to ensure Social Security is on sound financial footing. Meanwhile, Trump is proposing massive tax cuts, especially for people like himself. Only 22 percent of Americans support reducing health spending and 61 percent strongly value making Medicare sound, but Paul Ryan and conservatives are still on a mission to cut health spending and hurt Medicare recipients. Despite 67 percent of the country supporting efforts to improve the education system, for decades only 6 percent of our budget has gone toward education spending. Now, conservatives are proposing doing away with the Department of Education almost entirely. This data, as well as an impressive live tracking of our war spending, is organized on NationalPriorities.org.

While the budget is in the spotlight, this is the time to call Congress and tell them your priorities - and perhaps remind them about the priorities of the majority of the country as well.

The Coalition on Human Needs (CHN) is an alliance of national organizations working together to promote public policies which address the needs of low-income and other vulnerable populations. They are asking people to take action by writing and calling Congress to urge them to pass a spending bill that invests in basic living standards and fundamental human needs - not one that continues to cut these programs. Go to CHN.org and click the “Take Action” tab to learn more and directly send a message to your Congress person.

Of course, we always encourage you to call Congress whenever you can, because outside of attending a town hall or speaking directly to your rep, calling is the most impactful way to make your voice heard. So we’re pleased to share a brand new tool with you - built by one of our awesome listeners - that makes calling even easier.

Stance is an online calling tool that uses your location to pull up your reps, lets you record your voice message and then puts your message straight into your reps voicemail. There's no looking up a reps contact information, no waiting on hold or dealing with busy signals, or even talking to anyone - just record your message and Stance does the rest. You can also make your Stance public to encourage others to act and even tweet your Stance directly at your representative. Head over to takeastance.us today to try it out.

So, if investing in our society for the benefit of all is important to you, be sure to hit the share buttons to spread the word about Calling Congress to Demand they Stop the Budget Cuts & Invest in Human Needs via social media so that others in your network can spread the word too.

It seems we always have money for war. Politicians have showed us their priorities. Time to demand they listen to ours.

Under Trump, coal communities are stuck between a rock and a hard place (Think Progress)

Remember When Donald Trump Promised to Save Social Security? (The Nation)

Posted May 2, 2017; Written by Best of the Left Communications Director, Amanda Hoffman.

Hear the segment in the context of Best of the Left edition #1100: Building a strong society and an innovative economy (Earned Benefits)