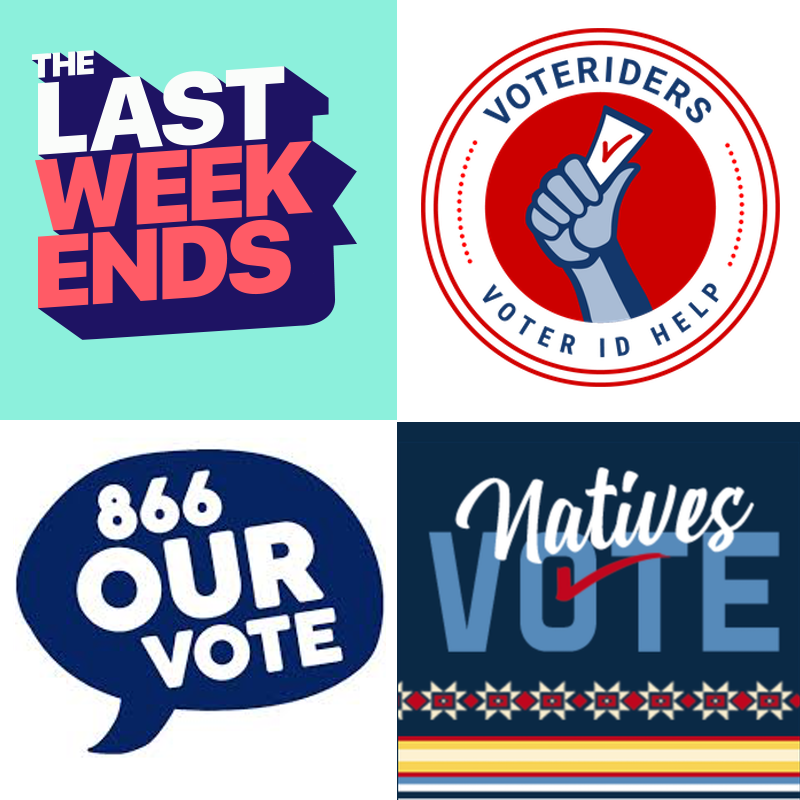 As of the publishing of this episode (Oct. 13th), there are only 3 weeks left until Election Day. Just 21 days.

Visit BestoftheLeft.com/2020action to explore our 2020 Election Action Guide, which we’re calling “Voting Is Not Enough.” Because…it’s just not.

Voting is happening NOW in record numbers, but at the same time we’re also witnessing desperate attempts by the GOP to suppress votes in any way they can - legally and illegally.

We need to counter these voter suppression efforts with action. So, if you haven’t volunteered yet, WHAT ARE YOU WAITING FOR?

Help voters in voter ID law states get the IDs they need with VoteRiders.org.

Phone-bank and text-bank with a get out the vote campaign and arm voters with the accurate information they need to ensure their vote is cast and counted. Go to TheLastWeekends.org to instantly find a shift for the final weekends before the election.

And if you or someone you know encounters a problem with ballot drop boxes, early voting, absentee ballots, or something else, call Election Protection at 866-OUR-VOTE or visit 866OurVote.org. If you want to help, sign up to assist with Election Protection’s nonpartisan poll monitoring program at ProtectTheVote.net.

Native Peoples are less likely to have a traditional street address making it more likely that their voter registration applications will get rejected, and many states with Voter ID laws just flat out don’t accept tribal IDs. Then there’s the closure of polling places and reducing ballot drop boxes in reservation counties, conflicting information from poll workers and lack of interpreters in states with high Native populations. The gutting of the Voting Rights Act in 2013 only made targeted voter suppression of Native Peoples easier for states like Arizona and Alaska and certain counties in North Dakota. (Source: Brennan Center for Justice)

To help counter this suppression, nonprofits IllumiNative, Native Organizers Alliance and First Peoples Worldwide, have launched Natives Vote - a get out the vote effort providing detailed information on each state’s voting laws, registration dates, who to contact if issues arise, and more.

In a release, IllumiNative Executive Director Crystal Echo Hawk said, “Exercising our grassroots political power is crucial to rebuilding what we’ve lost and preparing the future for the next seven generations.” Visit NativesVote2020.com to learn more.

You can also help restore and protect Native voting rights by demanding your members of congress to support the Native American Voting Rights Act, which has already been introduced in both the House and Senate. Spearheaded by the Native American Rights Fund (2014), the Act would "create more communication channels between Washington and Native American tribes, direct states to accept tribal ID cards for voting purposes, and establish a clear pathway for Native communities to request federal election observers.”

So, if making sure everyone can access the ballot - especially those we stole this land from - is important to you, be sure to spread the word about Fighting Voter Suppression & Helping Restore Native Voting Rights so that others in your network can spread the word too.

Get Out the Vote!: TheLastWeekends.org

Volunteer as an Election Protector: ProtecttheVote.net

Hear the segment in the context of Best of the Left Edition #1374: Tell Stories, Not Myths: Columbus and the Centrality of Colonialism