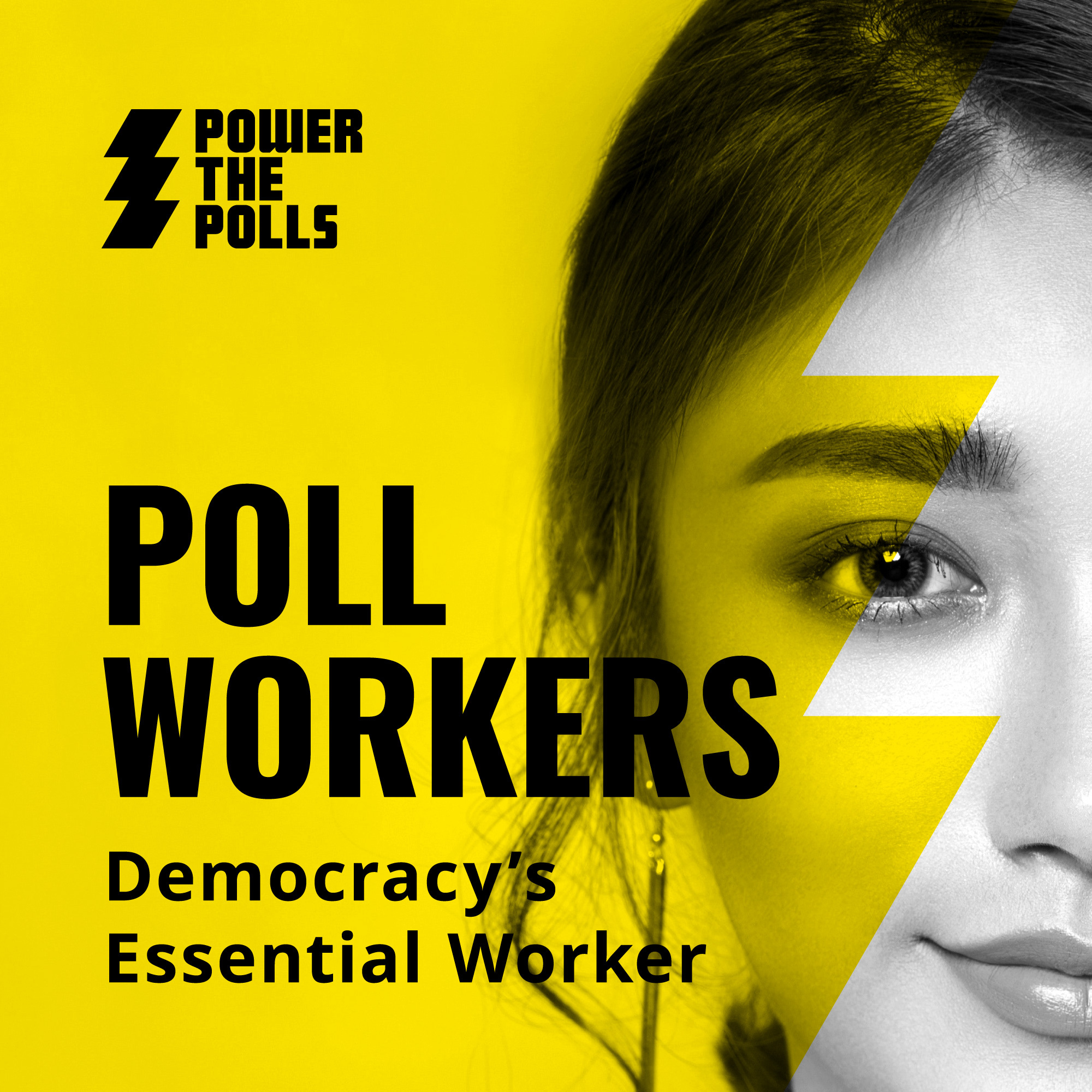 To help make sure every one of the next 60 days count, today we’re launching our 2020 Election Action Guide which we’re calling “Voting Is Not Enough.” Because…it’s just not.

From now until election day, every episode of the show will highlight a different way you can be spending time and/or money to support a free and fair election, as well as Democrats down the ballot and all the way up to the Biden-Harris ticket. All of this information can be accessed from the “Voting is Not Enough” tab at BestoftheLeft.com, or directly at BestoftheLeft.com/2020 Action.

This past Tuesday was National Poll Worker Recruitment Day. Due to the pandemic, the country is facing a record shortage of poll workers which already devastated primaries in certain states. Why? Well, as with a lot of civic jobs, poll workers tend to be older Americans, making them high risk if they contract COVID-19. To put it in perspective, in 2018, 58 percent of poll workers were age 61 or older. As these older poll workers bow out to protect their health thanks to Trump’s negligence, thousands are needed to take their place.

If you’re younger, and do not have existing health issues that make you high risk for COVID-19, consider signing up to be a poll worker. If you’re employed with benefits, this does mean sacrificing some of your precious few vacation hours, but saving democracy is worth it. If you’re unemployed, this is a great way to take part in civic action and likely be paid for your time. Keep in mind that there will be trainings and they may need you for early voting too, so it could be more than just a one day job.

When it comes to pay and shift organizing and minimum age cut offs, every state is different. The best way to find out how your state is organized and where to apply is to visit workelections.com. There, you’ll find an accessible, centralized information hub where you can simply enter your state and be led to the specific websites and information you need.

We can't let COVID-19 get in the way of voting. Here's why we need to make sure every polling place is staffed on Election Day: pic.twitter.com/6k4R65jdyB

Typically, local election officials don’t have the resources to do wide recruitment efforts, so they rely on their existing volunteer rosters. This year, multiple independent campaigns are now underway to reach younger, multi-lingual, computer proficient candidates, such as Power the Polls,The Poll Workers Project, and The Poll Hero Project.

The stakes are extremely high. Even when there are enough poll workers, Republicans try to suppress the vote by shutting down polling places in Black and brown and immigrant neighborhoods. When there aren’t enough poll workers, the first polling places to get shut down will be in those neighborhoods. To counter this, More Than A Vote, the organization launched this month by a group of Black athletes and artists led by LeBron James, is working with the NAACP Legal Defense Fund to specifically recruit poll workers in heavily Black districts across the country.

If these recruitment campaigns are successful, their work in 2020 will positively impact election days for years to come.

So, if ensuring we have enough poll workers for the most important election of our lifetime is important to you, be sure to spread the word about Becoming a Poll Worker to Save Poling Places via social media so that others in your network can spread the word too.

Spread the word/join the recruitment campaigns:

Power the Polls (@powerthepolls): Help recruit the next generation of poll workers to power the November Election.

The Poll Workers Project (@PollProject): Volunteer to be a poll worker and become part of the movement to help everyone vote this November

The Poll Hero Project (@pollheroproject): Recruiting thousands of college and high school students to be paid poll workers to make the 2020 election a success!

More Than A Vote (@morethanavote): Fighting against voter suppression. Recruiting poll workers in heavily Black districts across the country.

Wanted: Young People To Work The Polls This November (NPR)

Want to Help Our Community Vote This Year? Be a Poll Worker (HRC, Advocate)

Hear the segment in the context of Best of the Left Edition #1364: Fundamentalist-Driven Sectarian Violence (And I am Not Talking About a Foreign Country)