Use ALL the Resistance Tools to Fight Trumpcare via @IndivisibleTeam & #PaybackProject 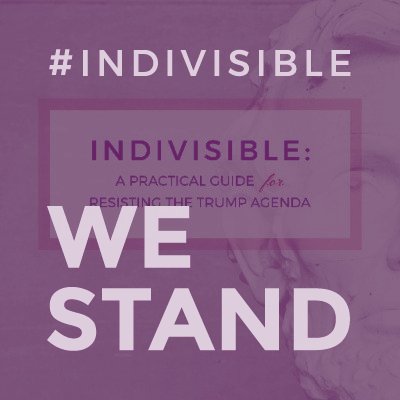 They haven't repealed Obamacare. Not yet, anyway. And that horrifying bill that pandered to the extreme tea partiers is receiving a cold shoulder in the Senate. Now, behind closed doors, 13 old white men in the Senate are working on their own version of a health care bill. We can’t imagine that’ll be much better.

The forthcoming Congressional ping pong that holds the future of Americans’ health care in the balance could go on for a while, but we need to be holding our elected officials accountable and making our voices heard every step of the way.

In light of the AHCA passage in the House, the activism ground has been shifting. The folks over at Indivisible Guide have overhauled their online resources with a focus on Trumpcare. The new resources include links to a Die-In Planning Guide, call scripts to hold your Representatives and Senators accountable, talking points factually refuting Republican talking points, a list of the Top 10 Worst Things About Trumpcare, and more. Head over to IndivisibleGuide.com, click the “Resources” tab and select “Stop Trumpcare” in the dropdown.

If you live in a district of one of the 217 Representatives that voted for this cartoon villain-esque bill, you may also want to check out PaybackProject.org. A partnership of Indivisible, MoveOn.org, Town Hall Project and Women’s March, Payback Project is tracking and amplifying local groups and events that are targeting the 217 members of Congress who voted for the AHCA. This is the beginning of efforts to oust these politicians in 2018. Go to PaybackProject.org to find an event, submit an event, sign up for updates, check out local stories on the Accountability Wall and submit your own. You can also tag your local activism photos, videos and stories with the hashtag #PaybackProject on Twitter and Facebook to be amplified.

The tools, resources and organizations of The Resistance exist to help you be an insanely squeaky wheel because it works. So make it a habit to call and write to your members of Congress. Send faxes and letters with Resistbot. Leave voicemails with Stance. Take the time to write a letter to the editor of your local paper. And remember…even if Trump was impeached tomorrow, we would still need to fight for affordable access to health care, and every other progressive value.

So, if making sure all Americans have access to affordable health care is important to you, be sure to hit the share buttons to spread the word about Using ALL the Resistance Tools to Fight Trumpcare via social media so that others in your network can spread the word too.

Let's not forget we have a lot of work to do to hold the 217 #TrumpCare Republicans accountable. https://t.co/8tGbtLRVbc

Use the new "Stop Trumpcare" tools and resources from Indivisible Guide

Send faxes and letters to Congress quickly via Resistbot, and voicemails via Stance

If you will die under Trumpcare, you can send your ashes to Congress via Mail Me to the GOP

What a Trumpcare nightmare: Just about everyone with health care is going to pay more, get less and face chaos (Salon)

Republicans duck town halls after voting for Trumpcare… (The Guardian)

Posted May 16, 2017; Written by Best of the Left Communications Director, Amanda Hoffman

Hear this segment in the context of Best of the Left #1104: What Trumpcare would mean and how we can do better