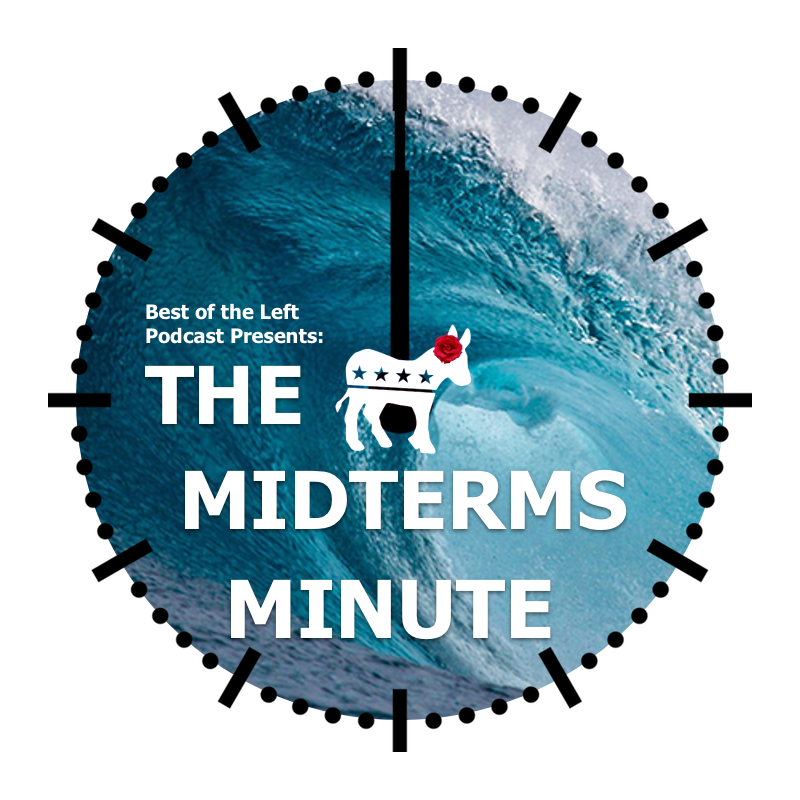 The Midterms Minute is a look at the candidates and races that you need to know about, shout about and support to make sure we have a blue tsunami on November 6th. (Quick links at bottom of the page)

The primaries are over, the candidates are set and now it’s time to focus on the big picture fight. Everything we do between now and election day should be done while keeping the most vulnerable and disenfranchised among us in mind.

We’ve included links to volunteer resources in the show notes, as well as those for Swing Left and the Democratic Party’s Red to Blue program for the races we’ll be mentioning today so you know how to help. You can also view all of our spotlight segments and every battleground race at THE MIDTERMS MINUTE H.Q..

Today, we’re talking about the battleground races in Minnesota. Although Clinton won Minnesota, it was only by 1.5 percent. With the highest voter turnout in the country, it was the closest Presidential election in the state since 1984 and the first time the state had ever voted more Republican than the national average. There are only eight districts in Minnesota, but five of them are battlegrounds this year, making it one of the five states that will decide the majority in the House.

U.S. SENATE: But Minnesota also has a hotly contested Senate race this year to fill Al Franken’s seat. Lieutenant Governor and Democrat Tina Smith was appointed to fill the vacancy when Franken stepped down after misconduct allegations. Smith will now face Republican Karen Housley in a special election this November. The Cook Political Report has rated this race as leaning Democratic.

MN-01: In Minnesota’s first district, Democrat Tim Walz is not seeking re-election because he is running for Governor. Now, former Obama administration official and Democrat Dan Feehan will be facing Republican Jim Hagedorn, who is working hard to scare voters by calling Feehan a “radical leftist” for “socialized medicine.” Obama won here by 2 points in 2012, but Trump surged to win by 15 points in 2016. The Republicans are targeting this district and the race is considered a toss up. HELP KEEP MN-01!

MN-02: In Minnesota’s second district, Democrat Angie Craig faces freshman Republican incumbent Jason Lewis for the second time. The two faced each other in the 2016 election in which Lewis won by just 2 percentage points. Lewis has been called out for sexist and racist statements made on his radio show in 2012, but excused them by saying it was his job to be provocative. The district is extremely competitive, since Obama just barely won here in 2012 and Trump just barely won here in 2016. So it’s no surprise this race is rated as a toss up. HELP FLIP MN-02!

MN-03: In Minnesota’s third district, Businessman and Democrat Dean Phillips is facing Republican incumbent Erik Paulsen. Phillips has been endorsed by End Citizens United, while Paulsen has the support of Paul Ryan. Misleading GOP-funded attack ads are trying to paint Phillips as a hypocrite on healthcare despite reality. Clinton won this district by 10 points and it is currently rated as a toss up. HELP FLIP MN-03!

MN-08: In Minnesota’s eighth district, Democratic incumbent Rick Nolan is not seeking re-election. Democrat and former state Rep. Joe Radinovich faces St. Louis County Commissioner Pete Stauber. In a recent New York Times poll, the race was neck-in-neck with Radinovich up by one percent. The GOP is also throwing big money at this race since Trump won the district. The race is currently rated a toss up. HELP KEEP MN-08!

GOV: And finally, the race for Governor of Minnesota is also neck-in-neck for a seat last held by a Democrat. Democrat and former 1st district Rep. Tim Walz is facing Republican Jeff Johnson, who has been endorsed by Trump. In the previous ten gubernatorial elections in Minnesota, six have resulted in the seat changing party hands. This race is currently rated as leaning Democratic. HELP ELECT GOVERNOR WALZ!

IMPORTANT DATES: If you want to vote in the Minnesota Midterm Elections your online and paper registration must be received by Tuesday, October 16th. Minnesota does offer election day registration and voting, but if you don’t have to wait…don’t. Absentee ballot requests should be made by Monday, November 5th and completed ballots must be received by election day, November 6th.

Important Dates: If you want to vote in the Minnesota Midterm Elections your online and paper registration must be received by October 16th. Minnesota does offer election day registration and voting, but if you don’t have to wait…don’t. Absentee ballot requests should be made by Monday, November 5th and completed ballots must be received by election day, November 6th. *More MN voting details*

Hear the segment in the context of Best of the Left Edition #1212: Feudalism with Dinner (Our Culture of Tipping)