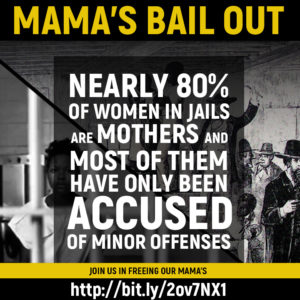 For those of you not living the day to day oppression of black people in America, it’s possible you didn’t notice right away that The Movement for Black Lives has almost entirely dropped from the mainstream media headlines since November.

There is no question that this is a direct casualty of the election of Donald Trump. Maybe things will change as Jeff Sessions begins flexing his Attorney General powers, but it’s important to remember that nothing has changed for black people in America since November. Unarmed black people of all ages and walks of life are still dying at the hands of police and the police are still getting away with it.

So if you have found yourself unengaged from the movement, your first action is to jump back in. Visit the websites and social media pages of organizations like Advancement Project, Alliance for Educational Justice, Color of Change, Dream Defenders, Law for Black Lives, and of course, The Movement for Black Lives.

Your next action is to get involved this week with Mama’s Bail Out Day, leading up to and happening on Mother’s Day, this Sunday, May 14th. The day is organized by National Bail Out, a partnership with Color of Change and The Movement for Black Lives, with the goal of reuniting families, resisting mass incarceration and ending the cash bail system once and for all.

The idea is simple: Local and national organizations participating in National Mama’s Bail Out Day are raising money to pay the bail of as many incarcerated mothers as possible, in all of their varieties - queer, trans, young, elder, and immigrant - and give them an opportunity to spend Mother’s Day with their families. Additionally, the organizations plan to build community through gatherings that highlight the impact of inhumane and destructive bail practices on our communities, particularly communities of color.

Why the focus on mothers? Women held in local jails represent the fastest growing group of incarcerated people in the United States. Since 1970, the number of women in US jails has increased by 14 times. Nearly 80% of women in jails are mothers and nearly half are in local jails for crimes they haven’t been convicted of. According to National Bail Out, we spend $9 billion on pre-trial incarceration in this country and the results are devastating. Even a few days in jail can catastrophically impact a woman’s family and community by putting her job, housing and even the custody of her children at risk. But if she can’t pay bail, she has no way out.

The idea of paying bail to release these women comes from the tradition of enslaved black people who used their collective resources to purchase each other’s freedom before slavery was abolished. The National Bail Out website states, “Until we abolish bail and mass incarceration, we’re gonna free ourselves.”

The more money National Bail Out can raise, the more women can be brought home for Mother’s Day and reengage with their communities. Visit NoMoreMoneyBail.org to donate and find the cities and organizations taking part in this action. You can also follow the movement on Twitter @NationalBailOut and engage with the hashtags #EndMoneyBail and #FreeBlackMamas.

So, if resisting the devastating impacts of mass incarceration and bail practices on people of color is important to you, be sure to hit the share buttons to spread the word about Supporting Mama’s Bail Out Day This Mother’s Day via social media so that others in your network can spread the word too.

Support Mama's Bail Out Day this Mother's Day via @NationalBailOut

Locked Up for Being Poor (New York Times)

Black Is the New Black: Number of African-American Women in Prison Is Rising (BET, 2014)

Posted May 9, 2017; Written by Best of the Left Communications Director, Amanda Hoffman

Hear this segment in the context of Best of the Left #1102: Racism built a system we all suffer under