Support Prison Strikers by Joining Actions Around the Country 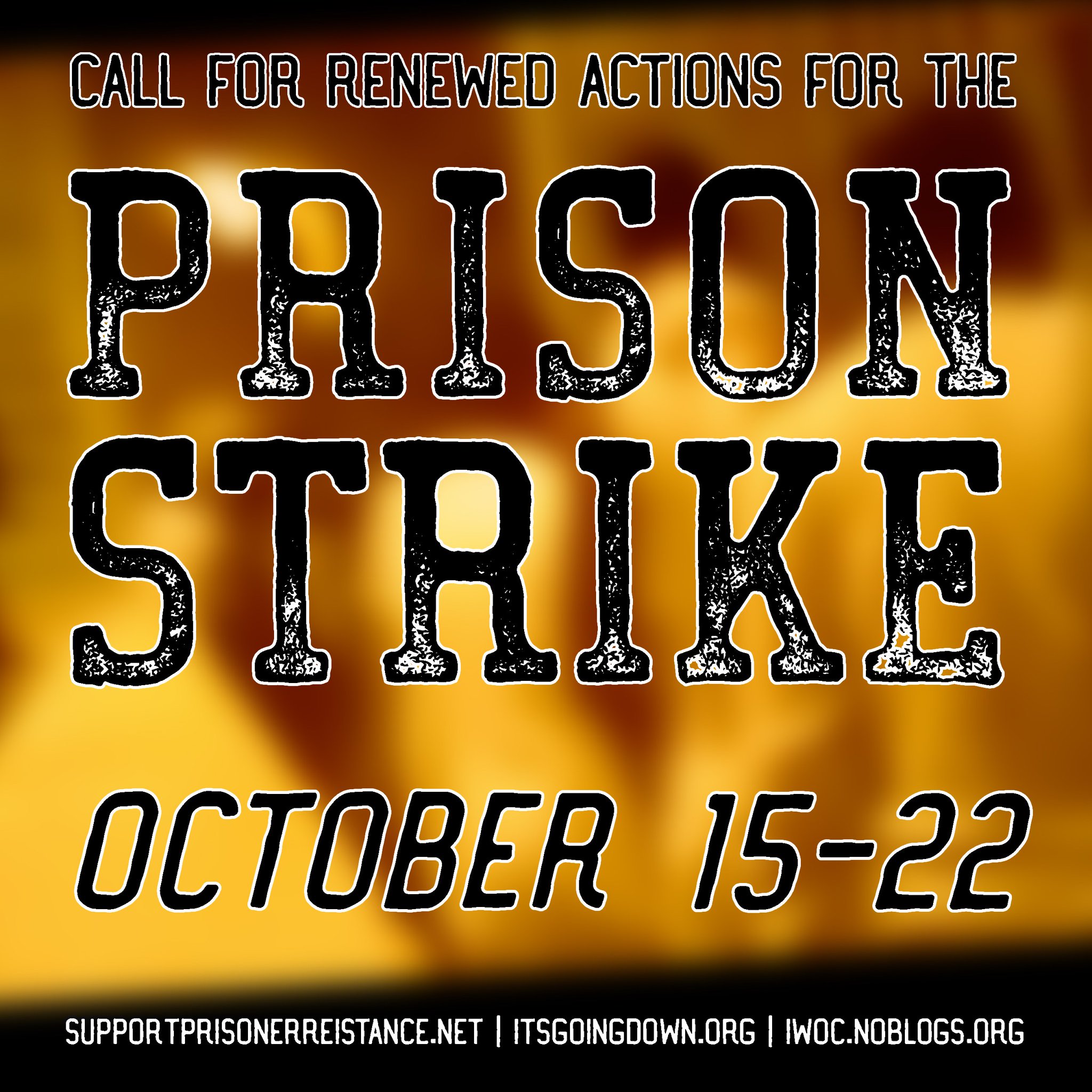 As you’ve heard today, the largest prison strike in history is happening right now. And if you’re listening to this wondering why you haven’t heard much of anything about it, you’re not alone. The mainstream media is hardly covering it.

For the last month, inmates at prisons around the US refused to show up for their prison mandated jobs, where they make pennies by the hour - or in some states nothing - at the benefit of major companies like McDonalds and Wal-Mart. They have nothing in the way of worker’s rights or worker protections or the ability to form unions….and our 13th amendment says that’s okay.

FreeAlabamaMovement.wordpress.com is the website run by the inmates at the Alabama prison spearheading this aptly named “Freedom Movement.” The site’s announcement of the strike proclaimed, “In one voice, rising from the cells of long term solitary confinement, echoed in the dormitories and cell blocks from Virginia to Oregon, we prisoners across the United States vow to finally end slavery in 2016.”

These inmates are striking in the face of retaliation. We already know that some have been put in isolation for their actions, but a few have been able to bravely speak to reporters via contraband phones. But while the rest of the media largely ignores the strike and prison wardens deny that anything serious is going on, calls for more public support are surfacing.

ItsGoingDown.org is a citizen-driven, repository of news and analysis on all kinds of acts of rebellion and revolt in North America. A post on this site is calling for a resurgence of actions in our communities October 15th to 22nd to show support for the inmates and amplify their message. You can find an action near you at the bottom of that post, or create an action and submit it to ItsGoingDown.org to be posted.

The New Yorker is one of the few major publications talking about the strike. In their article, an Alabama inmate said, “I want to clarify that it is not ‘slave-like conditions’ in prison labor—this is actually institutional slavery. Slavery was always about exploiting the labor of lower-class people in this country.”

From private prisons, to the school to prison pipeline, to the rights of prisoners and former prisoners, to criminal justice reform, we have a long way to go when it comes to upending our state of incarceration rooted in America’s institutional racism. So make these issues part of your theory of change by getting involved in the long term with organizations like The Advancement Project, the ACLU, the Brennan Center for Justice, Fair Vote, the Southern Poverty Law Center and other organizations working to achieve racial justice.

As Nelson Mandela once said, “No one truly knows a nation until one has been inside its jails. A nation should not be judged by how it treats its highest citizens, but its lowest ones.” So if you want to work toward a society we can all be proud of, then be sure to hit the share buttons to spread the word about supporting prison strikers by joining actions around the country via social media so that others in your network can take action too.

Call for a Renewed Wave of Actions in Solidarity with the #PrisonStrike October 15th - 22nd https://t.co/hBcwh2tLe5 pic.twitter.com/wF1FcOE3Fa

Read the call to action post on ItsGoingDown.org and find an event near you at the bottom of the post.

"We're Freedom Fighters": The Story of the Nationwide Prison Labor Strike (via truthout)

A National Strike Against "Prison Slavery" (via The New Yorker)

Hear the segment in the context of Best of the Left Edition #1048: Slavery in America is alive and well (prison labor)