Send a Letter: It’s Time to Take Down Confederate Monuments via @splcenter - Best of the Left Activism 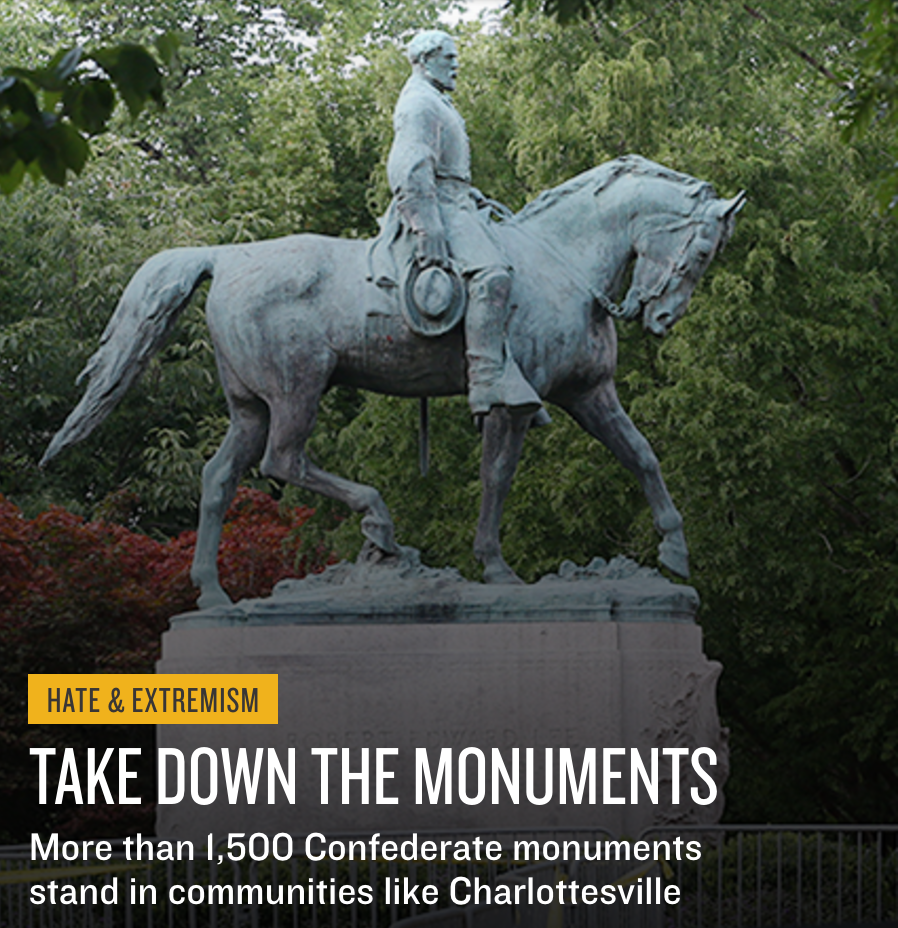 Our nightmares are coming true. Beyond the threat of nuclear war, unmasked white supremacists and Nazis waving their flags in broad daylight and murdering counter protesters is the worst-case-scenario America we all feared under Trump.

The only thing we can be grateful for is that this vile public display of hate, racism and violence has backfired….despite having an active defender in the Oval Office.

After Charlottesville, cities and towns across the country not only declared zero tolerance for anyone planning to come to their cities with an agenda of hate, but many finally began taking down their Confederate statues….many months after the last Confederate statue in New Orleans came down.

Just days after Charlottesville, Baltimore’s City Council voted unanimously to immediately remove their Confederate statues. They were gone by the next morning, taken away in the middle of the night without speeches or news cameras to draw attention. Now, Lexington, Kentucky’s statues are expected to be removed. In other cities, like Durham, North Carolina, citizens are taking statue removal into their own hands. Though it’s worth noting that these statues should come down legally so that there is no question over their removal.

The Confederate statue take down bandwagon is one that you want your town, city and state officials to jump on. No matter how late they are to the party, the momentum and pressure right now is strong and can and should be effectively used by citizens to make lasting. positive change in their communities. 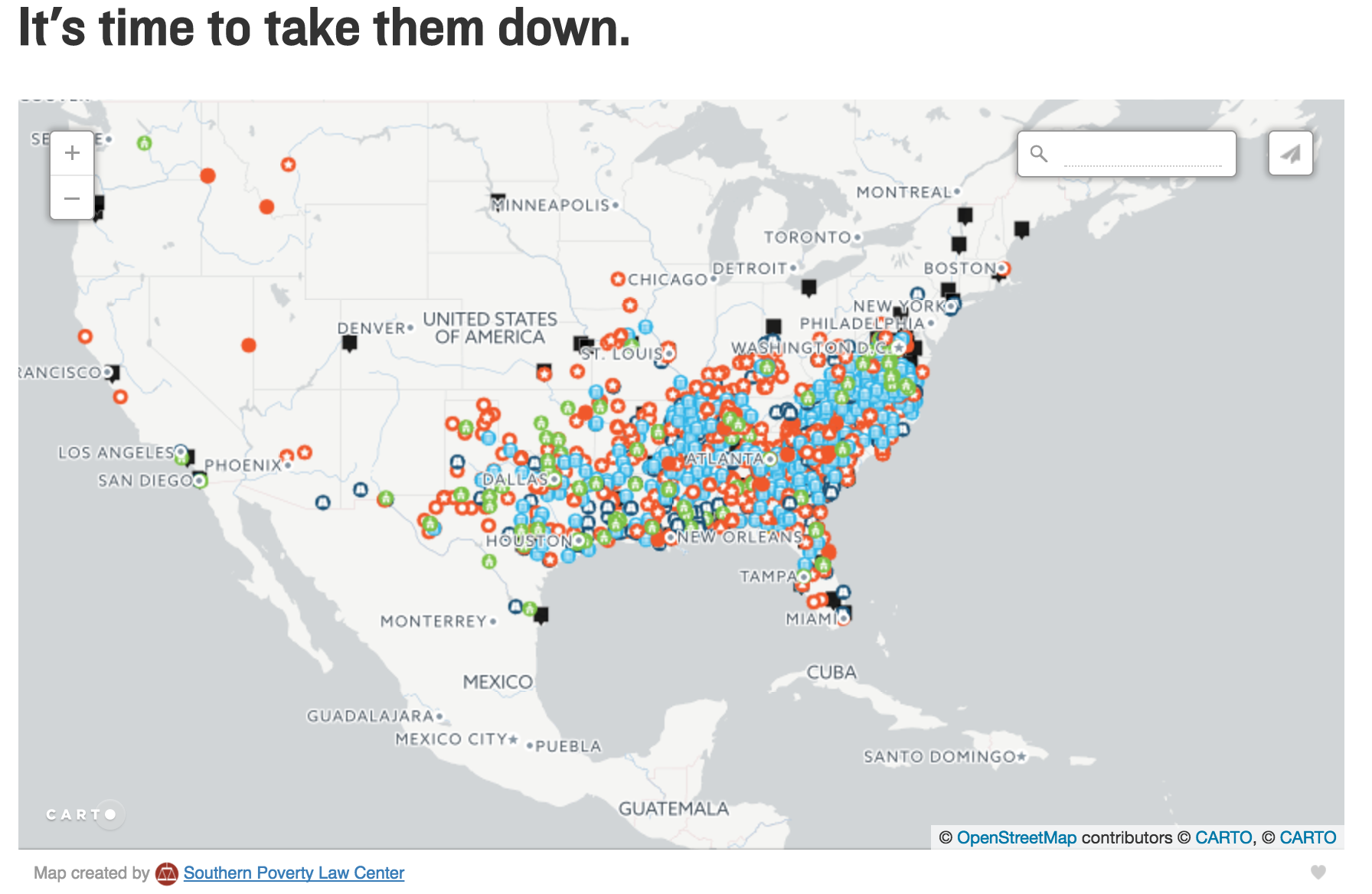 According to the Southern Poverty Law Center, more than 1,500 Confederate monuments stand in communities like Charlottesville with the potential to unleash more turmoil and bloodshed.

If your state doesn’t have a Confederate monument, that doesn’t meant you can’t get involved. Right now, Robert E. Lee stands in the U.S. Capitol building Sanctuary Hall as the representative statue for the state of Virginia. Lee is actually one of 12 Confederate statues in the hall - a collection that does not have one single statue of an African American. Go to RootsAction.org to learn more about the campaign to change this and get involved.

And finally, check out the SPLC’s  updated “10 Ways to Fight Hate: A Community Response Guide” to prepare, strengthen and heal your community in the face of hatred. And remember, as the response guide says, “More often than not, when hate flares up, good people rise up against it — often in greater numbers and with stronger voices.”

Your voice is always needed. Silence in the face of hate is never an option.

So, if standing up to hate is important to you…and we sure hope it is, be sure to hit the share buttons to spread the word that It’s Time to Take Down Confederate Monuments via social media so that others in your network can spread the word too.

Send a Letter to the Editor to your local newspaper to take down the #ConfederateMonuments in your community. https://t.co/NwdSmVL2Pp

Locate Confederate monuments near you with SPLC’s interactive map

Get involved in the action calling for the removal of Confederate statues in the U.S. Capitol

Read the SPLC’s “10 Ways to Fight Hate: A Community Response Guide” to prepare, strengthen and heal your community in the face of hatred.

I'm a black Southerner. I had to go abroad to see a statue celebrating black liberation. (Vox)

The Real Story Behind All Those Confederate Statues (Mother Jones)

Imagine if these people ever faced actual oppression. (Twitter thread by @JuliusGoat)

Baltimore Takes Down Its Confederate Monuments (The Atlantic)

Hear the segment in the context of Best of the Left Edition #1128: White supremacy requires violence and there is more to come (Charlottesville)