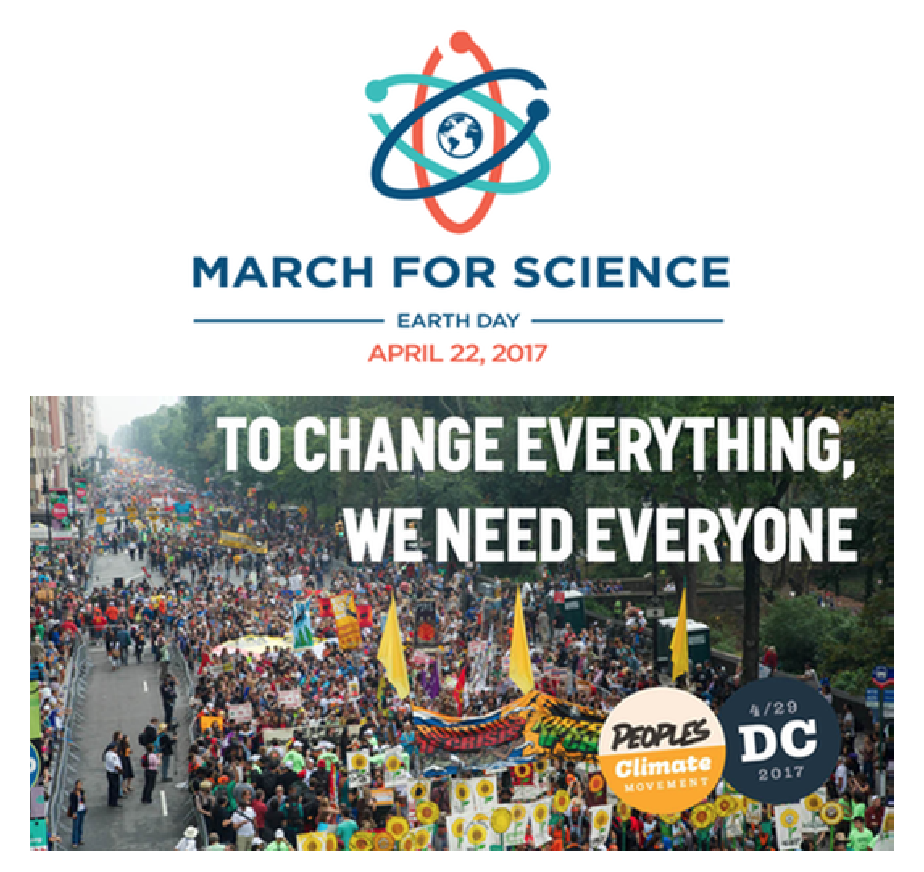 If you’ve been waiting for the second coming of the Women’s March, this could be it. Two major rallies, which both have had months of planning, preparation and outreach, are scheduled back to back weekends at the end of April.

On Earth Day, April 22nd, scientists around the world will march side-by-side with those who believe in science and want to defend it from climate deniers, religious extremists, oil and coal companies and the Trump administration - which, of course, is made up of representatives from all of those anti-science, special interest groups.

On the march website, the organizers wrote, “The march has generated a great deal of conversation around whether or not scientists should involve themselves in politics. In the face of an alarming trend toward discrediting scientific consensus and restricting scientific discovery, we might ask instead: can we afford not to speak out in its defense?”

Go to MarchforScience.com to learn more about the details of the march and, if you can’t make it to DC, find one of the 480 satellite marches near you. You can also follow the march on Twitter @ScienceMarchDC.

After the March for Science, you have a week to rest up and then get in the streets again for the second People’s Climate March.

In 2014, we were proud to be some of over 400,000 people who marched in the streets of New York City for the first People’s Climate March on the eve of the UN Climate Summit, demanding urgent action on the global climate crisis. We made history and our numbers and voices could not be ignored. Limited - but important - progress was made.

This second march, taking place on the 100th day of the Trump Administration, is a fight to protect those gains, however small, and continue to push to make the climate crisis impossible to ignore politically.

As with every single political issue, climate is intersectional. The march aims to…

Go to PeoplesClimate.org to learn more about the march and, if you can’t make it to DC, find one of the sister marches happening across the country and around the world. You can also follow the march on Twitter @Peoples_Climate.

So, if you believe in science and saving humanity from climate change, be sure to hit the share buttons to spread the word about Getting in the streets for the March for Science and the People’s Climate March via social media so that others in your network can spread the word too.

As the People’s Climate Movement has always said, “to change everything, we need everyone.” So, let’s show up for our future…and claim it.

March for Science is now in 400+ countries around the world! Share why you are marching worldwide with #GlobalScienceMarch. #ScienceMarch pic.twitter.com/9JuMcwYHX1

Hear the segment in context on Best of the Left Edition #1093: The Exxon President goes to war with the planet (Climate)