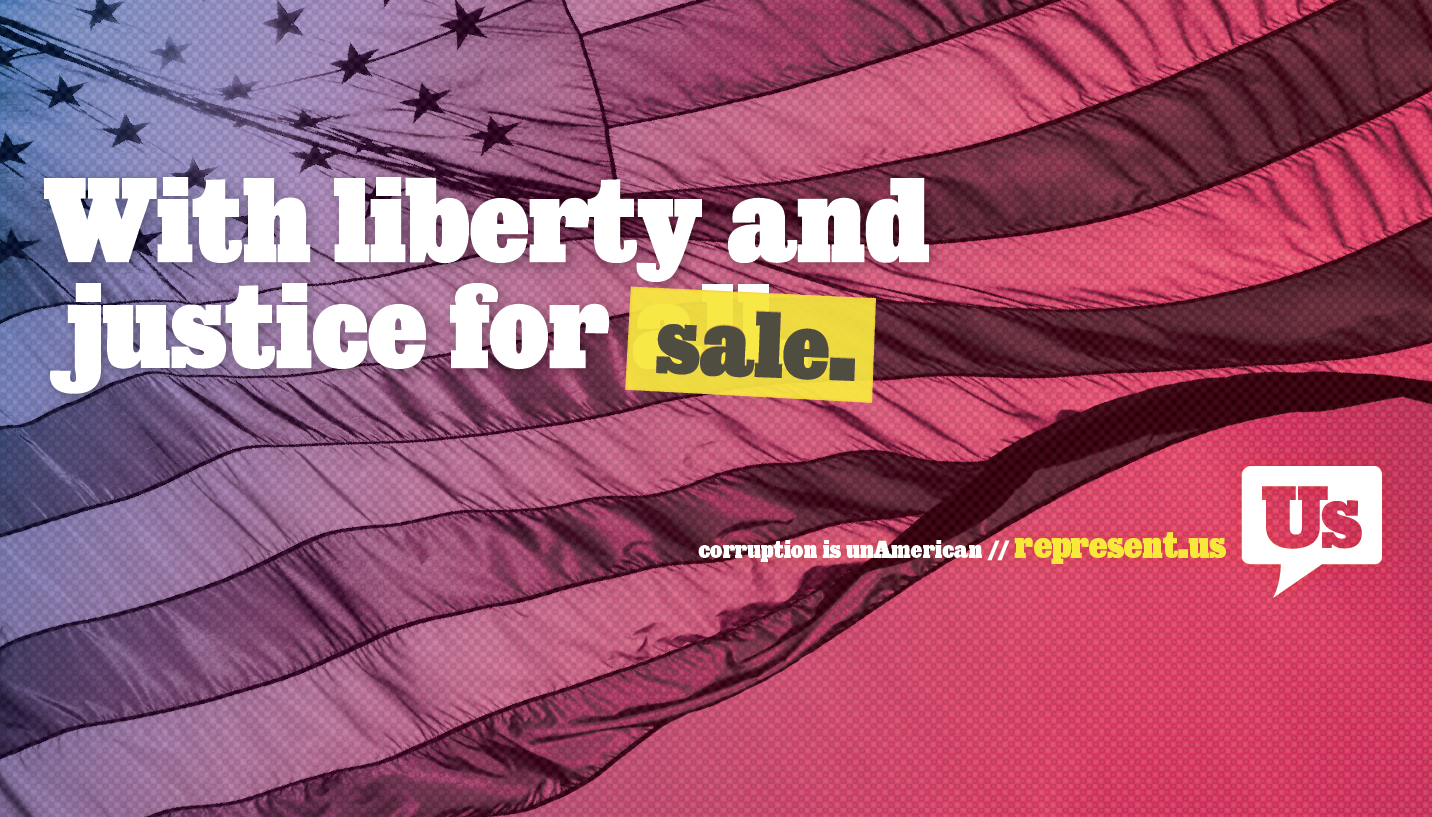 As our country marks its 241st birthday, this year of all years is especially ripe for reflection. Where we’ve been heading and where we are right now - politically and socially - is disturbing to say the least, but we can still change course. If nothing else, as Americans we can be proud of our track record of change and progress. It may be made with two steps forward and one step back, but eventually we get there.

But we don’t get there because of famous politicians and speeches. We get there because people like you care enough to get involved and push us in the right direction. So, today we’re highlighting three effective ways you can roll up your sleeves and fight corruption and money in politics - the primary sources of our ills as a nation.

If you’re passionate about pushing for change from the inside, get involved with Justice Democrats. Justice Democrats believes that the Democratic Party’s alignment with Wall Street over working men and women has allowed Republicans to take over most state legislatures, most governorships, Congress, and the presidency. Their plan is to promote quality, progressive candidates to replace corporate-backed Democrats and in turn, rebuild the Democratic Party from scratch to be a party that fights for a clear progressive vision. Visit JusticeDemocrats.com to read about the candidates and get involved.

if you want to work locally on an issue campaign to fight corruption nationally, get involved with Represent Us. In communities across America, Represent.Us members – including conservatives, progressives and everyone in between – are working together to pass local Anti-Corruption Acts. In 2016, Represent.Us members passed the first statewide Anti-Corruption Act in South Dakota (state Republicans repealed it earlier this year). But this isn’t one size fits all: every municipal and state Anti-Corruption Act creates their own common-sense ethics, conflict-of-interest, transparency, and campaign finance laws. State Acts create the opportunity for federal candidates from that state to campaign on the anti-corruption platform – accountable to their constituents, not special interests. Head over to Represent.Us today to find your local chapter and get involved.

And finally, if you’re passionate about bypassing Congress and using the states to make change, get involved with The Young Turks’ organization Wolf PAC, which you’ve been hearing about on this show for years. Their plan to save democracy in the United States is by getting a much needed amendment to the Constitution that will establish elections which are free of the corrupting influence of money in our political system and fair enough that any citizen can run for office - not just millionaires and their allies. Go to Wolf-PAC.com to find out how you can get involved in your state and help bring us one step closer to passing the Free and Fair Elections amendment.

All three of these movements are worth your time and are working in concert with each other, not at odds with one another. So pick the one that fits your style and passion and get involved.

“Unless our conception of patriotism is progressive, it cannot hope to embody the real affection and the real interest of the nation.”

Now that’s a brand of patriotism we can get down with.

So, if fighting the forces that continue to leach power from the people is important to you, be sure to hit the share buttons to spread the word about Fighting Corruption to Save America via social media so that others in your network can spread the word too.

Hear this segment in the context of Best of the Left #1117: We were founded to resist corruption, now it’s all we know