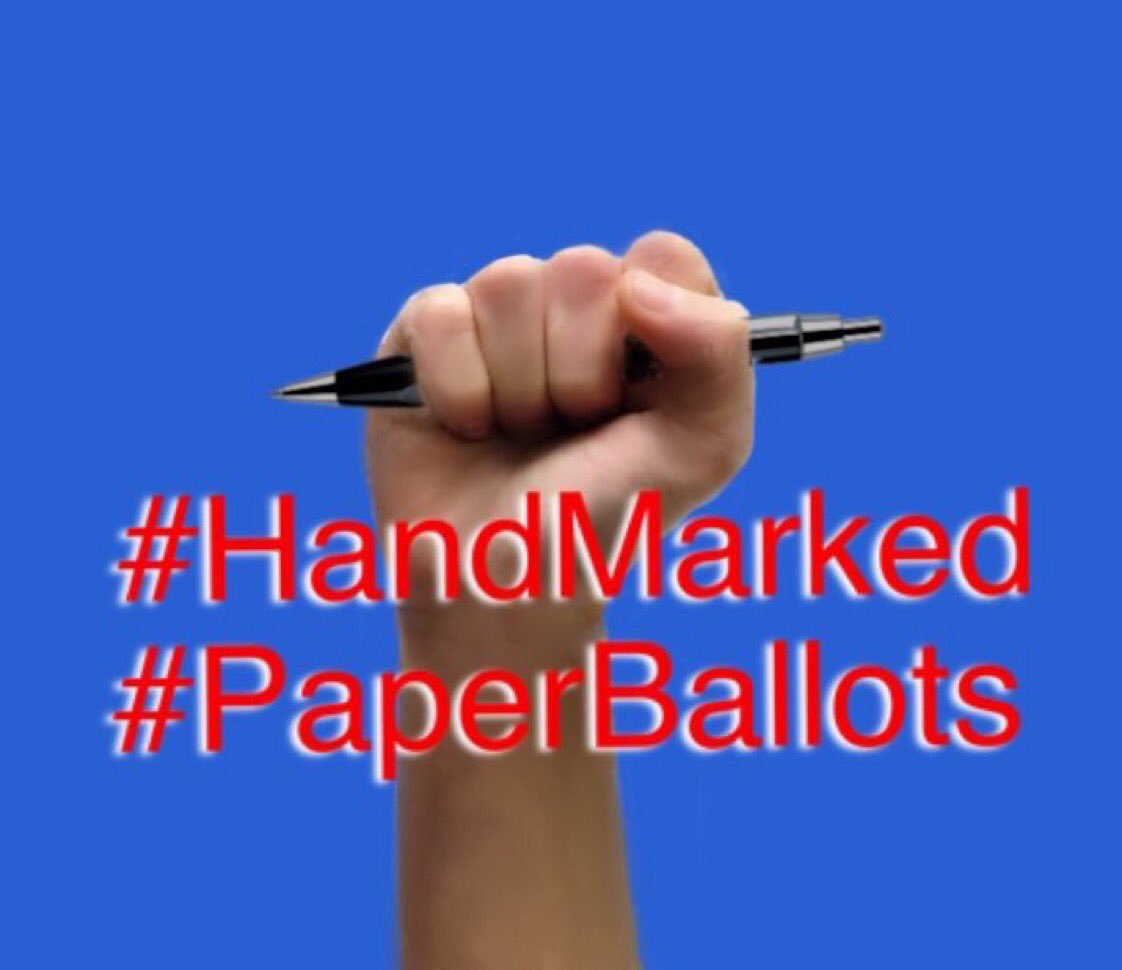 First, some good news. Just days ago, the state Senate in Maine voted to implement Rank Choice Voting for the 2020 elections. And in Massachusetts, a similar effort has just cleared a major hurdle. But, how can we benefit from things like rank choice voting or a national popular vote system if people have to use electronic voting machines that are hackable, broken, and don’t have voter-verifiable ballot paper trails?

The federal government is not going to save us, for now. So, it’s time to turn to your state and local governments, and that starts with understanding how your state elections operate and who is in charge.

As of November 2018, 21 states had paper ballot voting. The other 29 are using either Direct Recording Electronic systems, aka: electronic voting machines, or using a combination of paper and electronic voting. Some require paper trails, and some don’t. As of today, the eight states with electronic voting that don’t require backup paper ballots are Texas, Mississippi, Indiana, Kansas, Louisiana, Tennessee, Kentucky, and New Jersey. We’ve included the Ballotpedia page with all of this information and links to each state’s voting policies in the show notes.

Next, if you don’t already know, find out who the chief election official is in your state and how they got their job. Only 24 states have voter elected Secretaries of State as the ultimate authority over their elections. The rest have a board or commission, a governor appointed secretary of state, the lieutenant governor, or an official elected by the state legislature. As we saw with now Governor Brian Kemp in Georgia during the Midterms, the person or people in these positions have serious power. We’ve included a link in the show notes to help you easily find out how your state election officials are determined. Find out what they stand for and put pressure on them or fight to unseat them if they aren’t supporting voter-verifiable, hand-marked paper ballots.

And finally, because America has a highly decentralized election administration system, local cities, towns, counties, and municipalities have a fair amount of control over elections. They are the ones running the actual elections on the ground, dealing with election day problems first-hand, and they often handle awarding voting equipment contracts. Even though the state dictates overarching election policies, each town’s election can operate quite differently from another within the same state. Start going to your town and city council public meetings and make noise. Highlight the serious problems with unverifiable electronic voting machines and barcodes, and emphasize the critical importance of hand-marked paper ballots and voter-verifiable paper trails. It is much easier to change minds on this level.

To learn more about election integrity and the fight for hand-marked paper ballots, check out The Brennan Center for Justice, FairVote, Protect Our Vote dot com, the Coalition for Good Governance, Let America Vote, and Stand Up America.

And in a related side-note: National Voter Registration Day is September 24th, in case you need an excuse to get yourself or someone you know registered. Vote Riders is hosting registration drives across the country and they need volunteers, so head over to voteriders.org.

So, if ensuring election integrity in our country is important to you, be sure to hit the share buttons to spread the word about Fighting at the State and Local Level for Hand-marked Paper Ballots in Elections via social media so that others in your network can spread the word too.

2. Learn How Your State’s Election Administration Officials Are Put in Office & Fight to Unseat Those Not Actively Advocating for Hand-marked Paper Ballots

The Brennan Center for Justice

Voting Machine Security: Where We Stand Six Months Before the New Hampshire Primary (The Brennan Center)

Hear the segment in the context of Best of the Left Edition #1303: Election Systems are Not to be Trusted, They are to be Verifiable