Call Out Voter Suppression with Let America Vote via @Let_AmericaVote 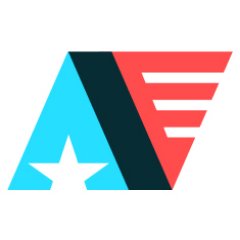 There was some good news for voting rights in North Carolina this week, thanks to the Supreme Court. But the existential crisis still continues.

It’s no coincidence that by election day last fall the Voting Rights Act had been gutted, there were new voting restrictions in fourteen states, and states with histories of voter discrimination had 868 fewer polling places. This is the result of a strategic Republican assault on voting rights…and it’s Trump’s and the Republicans’ long game for winning in 2018, 2020 and beyond.

Now, Trump - who six months after the election is still taking any chance he gets to bring up that he won the Electoral College - has launched his promised voter fraud commission. In true Trump style, this charade is lead by people formerly accused of voter suppression. The ACLU immediately responded with Freedom of Information Act requests to officials in four states and the U.S. Election Assistance Commission.

For years now, the right and their Fox News megaphone have been able to sow enough fear and doubt, using false voter fraud - without any evidence to back them up - that Republican voters now see things like voter ID laws as necessary protections to democracy. It’s unclear if we can bring them back to reality. But for those ready to take on the politicians, including Trump, who are propagating these lies and suppressing votes, there is a new organization you should know about.

Through online and grassroots organizing, an aggressive earned media strategy, and advertising, Let America Vote wants to play a crucial role among the existing network of organizations fighting for voting rights. They have already launched digital ads during New Hampshire’s special elections and called out Karen Handel, the Republican running in Georgia’s 6th district, for an almost laughable anti-voter rights email sent to her supporters.

Head over to LetAmericaVote.org to get involved by signing up for updates, volunteering to knock on doors, call or email legislators, write letters to the editor, host a voting rights house party, and more. While you’re there, check out the interactive map of the U.S. that highlights each state’s current and pending voter suppression laws and tactics. You can also follow the organization on Twitter @Let_AmericaVote.

So, if protecting voting rights for all Americans is important to you, be sure to hit the share buttons to spread the word about Calling Out Voter Suppression with Let America Vote via social media so that others in your network can spread the word too.

Get involved with Let America Vote to fight voter suppression

Posted May 19, 2017; Written by Best of the Left Communications Director, Amanda Hoffman

Hear this segment in the context of Best of the Left #1106: If you can't beat them, suppress them