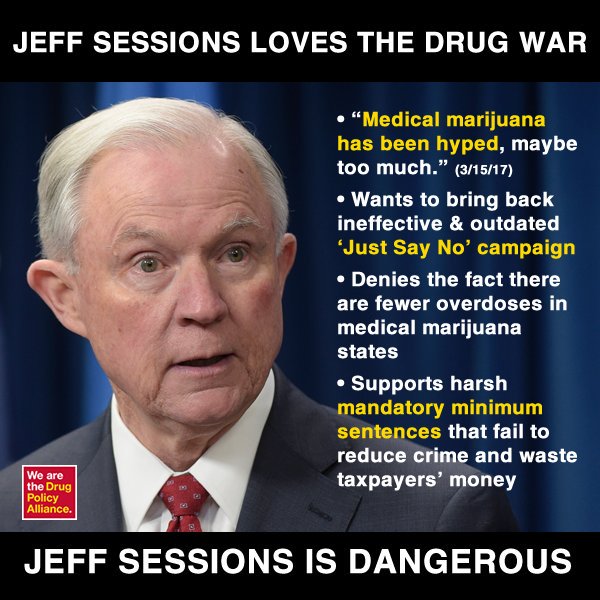 Remember that time before the election when politicians on both sides of the aisle were finally talking about - and actually agreeing on - criminal justice reform legislation? It may feel like a distant memory, but it really wasn’t that long ago and it’s still in the works.

As of April of this year, Senators Cory Booker and Rand Paul’s REDEEM Act has been re-introduced in the House and Senate. The REDEEM Act would seal or expunge records relating to Federal non-violent criminal offenses.

But Trump’s Attorney General Jeff Sessions has other plans. His recent memo directed prosecutors to seek the toughest possible sentences, even for non-violent drug offenders. In response, Senators Rand Paul and Patrick Leahy introduced new legislation to stop Sessions from taking us back to the Drug War years of the ‘70s and ‘80s. The legislation, known as the Justice Safety Valve Act, is not new. But a 2017 version was reintroduced in the Senate as S. 1127, with companion legislation H.R. 2435 reintroduced by Representatives Bobby Scott and Thomas Massie in the House.

The Justice Safety Valve Act is simple: it would empower federal judges to give out sentences below the mandatory minimum in certain cases. And, as Rolling Stone put it this week, it would effectively neutralize the memo from Sessions.

So, your action today is twofold: First, call, write, fax and leave voicemails for your Representatives and Senators telling them that you support passage of the Justice Safety Valve Act and the REDEEM Act, and that you oppose Jeff Sessions’ extreme, expensive and racist directives. And second, get involved with the organization Drug Policy Alliance, which works to promote drug policies that are grounded in science, compassion, health & human rights. Visit DrugPolicy.org and follow them on Twitter @DrugPolicyOrg.

Sessions has a long, well-known history of racism and a bizarre hatred for those who do what they want with their own bodies. At a time when the right is calling the Movement for Black Lives domestic terrorists and stoking fear of immigrants, it’s all too clear that Sessions is abusing his new position of authority to target people of color and advance a political agenda.

He must be stopped.

So, if stopping America from returning to some of its darkest days of injustice is important to you, be sure to hit the share buttons to spread the word about Supporting the Justice Safety Valve Act of 2017 via social media so that others in your network can spread the word too.

I prosecuted drug offenders in the ’80s. It was a disaster. Why is Sessions taking us back? (Vox)

Drug War Part 2: When the sequel is as bad as the original (The Hill, Opinion)

Posted May 19, 2017; Written by Best of the Left Communications Director, Amanda Hoffman

Hear this segment in the context of Best of the Left #1105: The Surge comes to the War on Drugs