Oh boy, this is the big one. First of all, what's with the price and what does it have to do with David Pakman?

Well, not too long ago my friend and colleague, David Pakman, launched a fundraiser for his show, which you're probably familiar with. As part of his campaign he offered his producer's microphone in exchange for a $2500 donation and his own microphone in exchange for a $3500 donation. Hence, you can see that my price point of $3501 isn't really about needing the money at all, which is to say that it's very much about needing the money but also about one-upping (literally) David and having something to brag in his face about the next time I see him.

About the mic itself: I didn't buy this microphone, I won it. The microphone company, Blue, offered up their 'Yeti' USB mic as one of the top prizes in the 2009 Podcast Awards. That was the year I won my first of two (so far) awards in the 'Best Produced' category. It has served me quite well for 4 1/2 year now. I've recorded more than 500 episodes with it but not to worry, I use a pop filter so it doesn't have spittle all over it or anything.

For your contribution, which will dramatically help me build the new smartphone app for the show that I'm working toward, this microphone (signed by me to you, if you wish) will be yours and you will have played a vital role in my plan to mildly irritate David Pakman.

In addition, of course you will also get everything the $1000 donation level receives. Lifetime membership which grants unlimited access to the full archives and bonus content of the show, a chance to guest-introduce an episode of the show, a personal and/or commercial message read into the show and 5 articles of BotL apparel (one for each day of the week!).

Note: if you choose to make your payment in installments, the mic will be delivered after the last installment is received.

Please share this fundraising campaign and BOTL podcast with your friends! 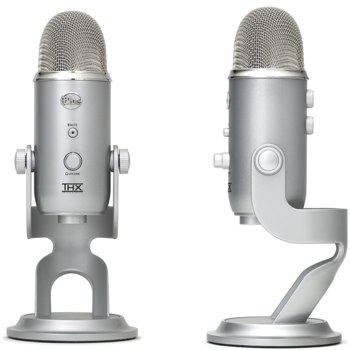