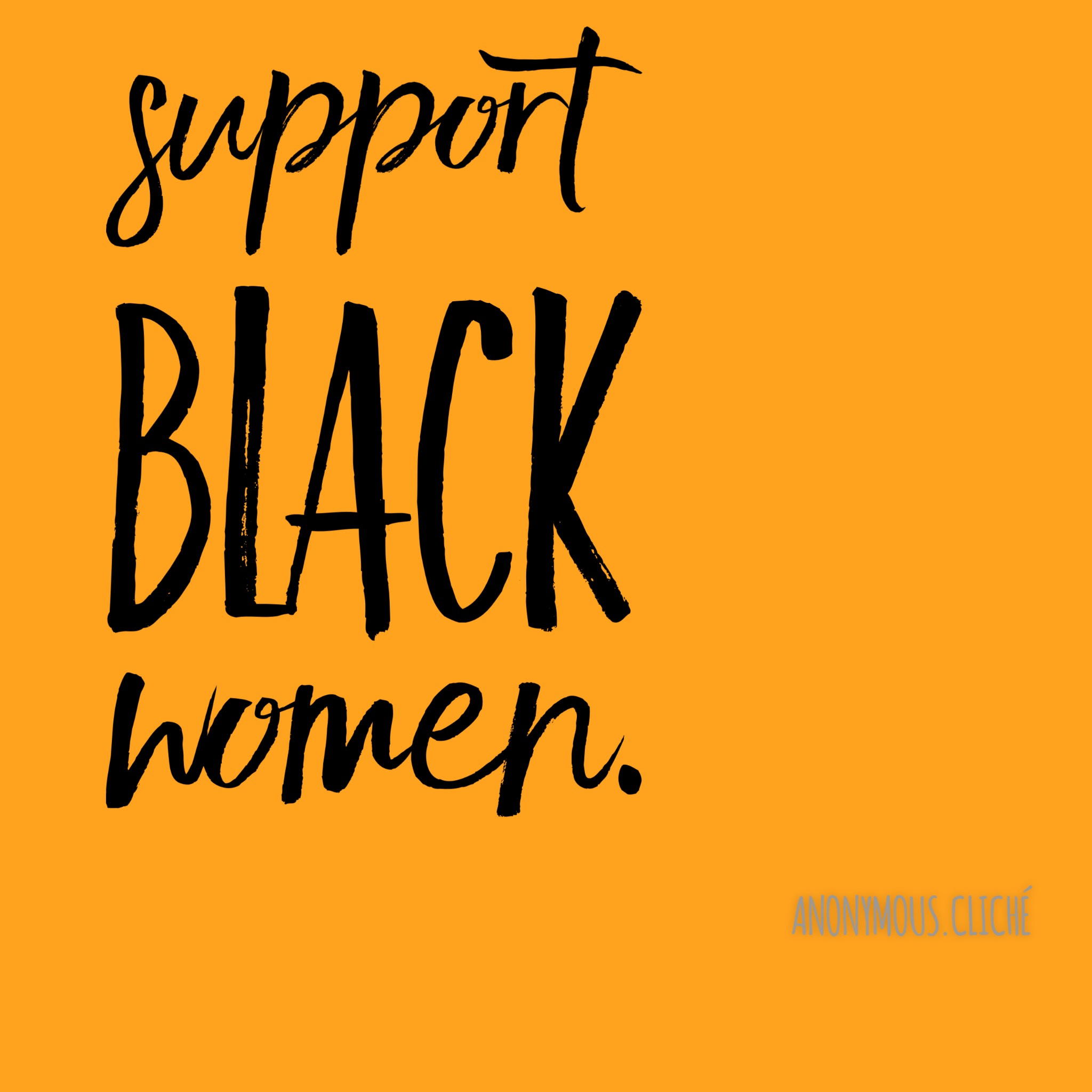 In the wake of the Alabama Senate race heard round the world, there has been a lot of well-deserved and overdue thanks going out to black women. According to exit polls, black turnout surged and 98 percent of Alabama black women who cast ballots voted for Doug Jones, helping deliver a sound victory against Roy Moore.

And while words of thanks are important, it’s time to turn those words into actions of support for a community that has been at the forefront of critical elections and movements throughout history.

Activist and writer Brittney Packet wrote a widely shared article in The Cut that highlights organizations you can support to put your money where your mouth is when it comes to thanking black women. In it she writes…

“Give because our power has been proven time and again — despite movements silencing us, funders forgetting us, and voter suppression restricting us. Give because Black women show up to save the country time and again.”

Another article along these lines was published in The Little Rock Sun with the title “15 Ways to Thank Black Women for Carrying the Country on Their Backs.”

We encourage you to check out both articles which we’ve linked to in the show notes, but we also wanted to highlight a few of these authors’ suggestions on the show today.

Black women are still underrepresented in politics. Higher Heights Leadership Fund seeks to elevate Black women’s voices to shape and advance progressive policies and to provide opportunities for these women to build their leadership skills. Check out their hashtag Black Women Lead campaign to help amplify and go to higherheightsleadershipfund.org to learn more.

Black voters in Alabama cast votes at a higher rate than white voters despite new strict voter ID laws and the closing of DMV offices in predominantly black parts of the state. The organization Woke Vote, a collaborative of grassroots organizers in the south, was part of that success. They heavily canvassed black neighborhoods to register voters and get out the vote for Jones. Go to WokeVote.us to learn more.

The all-black team at Stay Woke is working with Rock the Vote in Florida to restore the right to vote for those banned from voting due to a prior conviction. Because Florida has laws like that. Stay Woke is getting signatures for a petition to get an initiative on the ballot in 2018 that could restore 1.6 million Floridians ability to vote if passed. Floridians can sign petitions and volunteer and non-Floridians can donate petitions to be mailed and spread the word. The petition must be completed by February 1st. Go to Florida.ourstates.org to get involved.

We’re only skimming the surface here, of course. We need to work on closing the wage gap, reproductive rights, fighting voter suppression laws, fighting for a living wage, helping to reverse the alarming mortality rate for black mothers, and reading black publications and following black activists on social media to understand the issues that are important to the black community.

It’s the least we can do and the fact is all of society will benefit when we do.

So, if thanking black women in a tangible way is important to you, be sure to hit the share buttons to spread the word about Thanking Black Women with Actions Not Just Words via social media so that others in your network can spread the word too.

Read: Black Women Kept Roy Moore Out of Office. Here’s How to Thank Them. (The Cut)

Read: 15 Real Ways to Thank Black Women for Carrying the Country on Their Backs (The Little Rock Sun)

Learn About: Color of Change PAC

After Alabama: Say ‘Thank You’ to Black Women, and Mean It (LA Progressive)

Hear the segment in the context of Best of the Left Edition #1156: Women of color get the job done (Racism and Elections)