Pass #MedicareforAll Resolutions in Your Communities to Build the National Movement via @PublicCitizen Medicare4AllResolutions.org 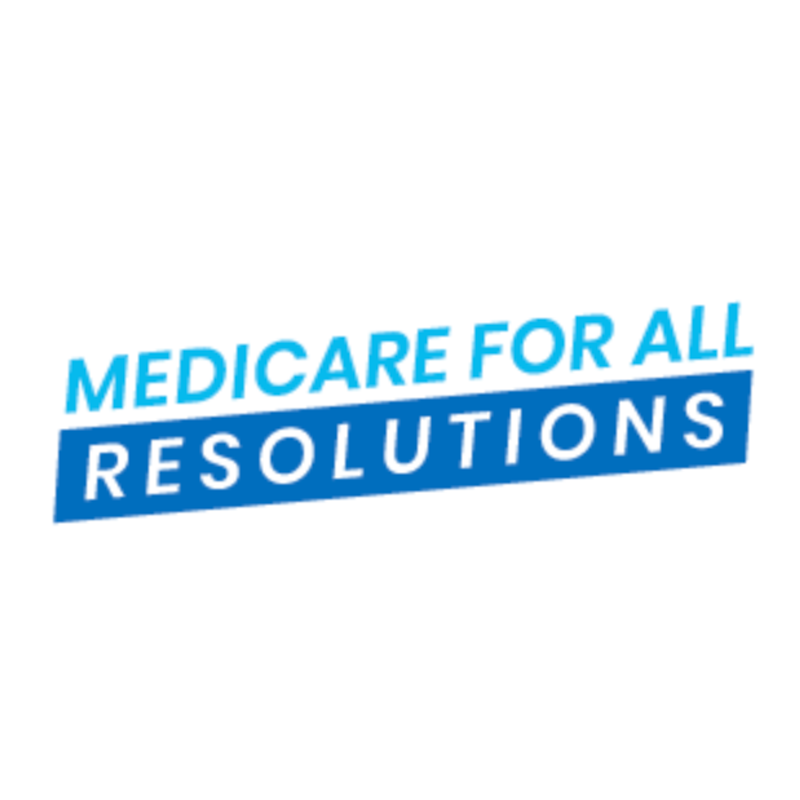 Public Citizen, along with partners such as Social Security Works, Democratic Socialists of America, People’s Action, National Nurses United, and many more, have launched Medicare Four All Resolutions: a campaign that aims to build a national Medicare for All groundswell ahead of the 2020 elections through local action.

To do it, they want people across the country to help pass Medicare for All government resolutions in their own towns and cities. This is in addition to any complimentary state single-payer efforts.

This week, October twenty-eighth through November third, is the first campaign week of action, which kicked off with a virtual Town Hall with Representatives Ayana Pressley and Ilhan Omar. To learn how to take action in your town, get tools for local activism, and watch the recording of the virtual Town Hall, head to Medicare4AllResolutions.org.

You may be wondering why the campaign is targeting local governments.

According to Public Citizen, local governments are often on the front lines of dealing with the consequences of our unaffordable and inequitable health system. This means they can play an important role in highlighting the desperate need for shifting to expanded and improved Medicare for All. Local resolutions can shape the public narrative and build political will necessary to support the national movement.

And let’s remember that we know what we are fighting for. The legislation already exists and it is true to the rallying cry for “Improved Medicare for All.”  Thanks to the hard work of disability rights activists, both the Jayapal Medicare for All bill in the House and the Sanders version in the Senate now include long-term care services and supports for people with disabilities. The House bill has a record number of 106 original co-sponsors, and the Senate version has 14 original co-sponsors. Now, we need a national conversation in communities across the country to counter disingenuous politicians in both parities, and the media, who are muddying the waters.

Envision the future for a moment: Medicare for All covers everything except elective procedures, puts a 200 dollar annual cap on prescription costs, and would let patients see any doctor they want. The days of premiums, co-pays, deductibles, exorbitant out of pocket costs, physician networks, and fighting for-profit companies to pay for necessary care would be over. Despite new taxes, the vast majority of Americans will pay less for more comprehensive care and would never be denied.

Building a national grassroots movement for Medicare for All leading up to the 2020 elections is critical to making this future a reality. Join the movement today at Medicare4AllResolutions.org.

So, if you believe healthcare is a human right, be sure to hit the share buttons to spread the word about Passing #MedicareforAll Resolutions in Your Communities to Build the National Movement via social media so that others in your network can spread the word too.

Pass a local #MedicareforAll Resolution in your town or city!

Take Action in Your Town

Watch the Week of Action Town Hall with Reps. Pressley and Omar

Massachusetts Unions Vote to Vet Presidential Candidates on Medicare for All, Breaking with Labor's Top Brass (The Intercept)

Ady Barkan: Elizabeth Warren’s Plan Is a Massive Win for the Medicare for All Movement (The Intercept)

Hear the segment in the context of Best of the Left Edition #1316: Winning the messaging war for a just, moral health care system