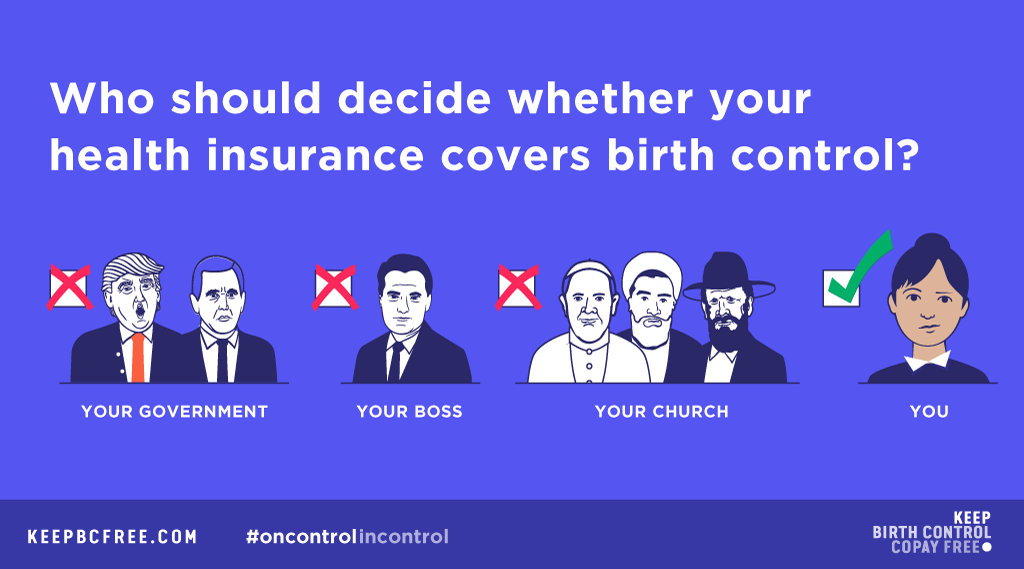 In a thinly veiled attack against women and full on pander to the religious right, the Trump administration announced last month that it would roll back the ACA birth control mandate. With that rule gone, employers and institutions are no longer required to provide insurance coverage for birth control for their employees or students, if they site moral and religious objections.

And companies and universities are already taking advantage. Notre Dame has announced it will no longer provide birth control to students using university health insurance coverage in 2018 unless they have proof of “appropriate medical necessity as shown by a treating physician.” Even then, they would still have to pay a co-pay. Law suits have already been filed on behalf of three Notre Dame students.

This rollback is a regressive and archaic move to assert control over women while claiming a win for religious freedom. On the same day, Jeff Sessions also issued sweeping guidance on religious freedom that has the potential to damage civil rights protections for the LGBTQ plus community. As you might expect, Paul Ryan said it was “a landmark day for religious liberty.” The fact is, expanding rights of a powerful few to allow them to suppress, dictate and control the personal lives of many is a further perversion of the idea of freedom in America and nothing less than straight up bigotry and misogyny.

In addition to the pending law suits by organizations like the National Women’s Law Center, the Women’s Equality Center has launched a multi-faceted campaign to fight back. The “Keep Birth Control Copay Free” campaign allows you to look up the cost of your birth control without insurance coverage and send Trump the invoice for your would-be expenses. Additionally, the campaign makes it easy for you to send your comments to the Department of Health and Human Services, provides a toolkit on speaking out at your local town halls and contacting members of congress, and infographics about birth control to spread the word and educate on social media. The hashtag Hands Off My BC has become the rallying cry online.

Go to KeepBCFree.com today to get involved and take action to protect co-pay free birth control. The ruling goes into effect at the end of November, so for the sake of yourself, your loved ones, and all those you don’t even know who will be impacted, make your voice heard.

So, if you’re sick and tired of Republicans playing political football with women’s healthcare, be sure to hit the share buttons to spread the word about the Keep Birth Control Copay Free Campaign via social media so that others in your network can spread the word too.

Not religious freedom, but the freedom to hate women (The Griffin)

Hear the segment in the context of Best of the Left Edition #1145: A government small enough to get inside your body (Reproductive Justice)