#TakeCTRL: Stop ALPR Surveillance in Your Community with CCOPS Laws via @ACLU 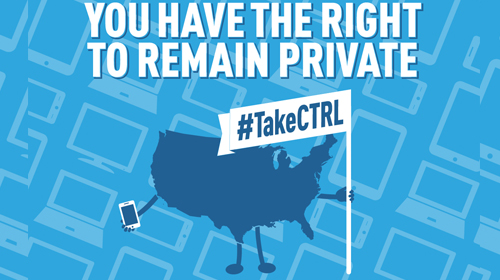 As if there weren’t enough reasons not to have a car, here’s one more.

Automated License Plate Readers, or ALPRs, are high-speed, computer controlled camera systems that automatically collect all license plate numbers that come into view along with location, date and time data. These cameras are bolted on traffic lights, telephone polls, overpasses, and squad cars, in towns and cities across America. Think of it like browser cookies, but instead of your web history, ALPRs track your whereabouts as you live your life in your community using your license plate as an ID. Local law enforcement agencies then purchase this data from ALPR providers to use as they see fit.

When ALPRs came on the scene, the civil liberty concerns were glaring. This was yet another surveillance technology with zero accountability or regulation disproportionately impacting communities of color and other unjustly targeted groups.

To help communities fight back, two months before the 2016 presidential election, the ACLU formed the Community Control Over Police Surveillance, or CCOPS, coalition effort, providing guiding principles for local anti-surveillance legislation, as well as a C COPS model bill. In short, these principles and the model bill emphasize the right for the people and City Councils to be notified and engaged at every turn when it comes to proposed adoption of surveillance technology in their community. Nothing will be grandfathered in, every approval will be specific, every technology will be thoroughly reviewed at all angles, and the process must  be entirely transparent and well-informed.

Then came Trump, and the necessity for cities to protect themselves at the local level became even more urgent with the pending implementation of his racist, deportation-heavy agenda. Not to mention the attacks on First Amendment rights as the people immediately began resisting.

By the summer of 2017, cities like Seattle; Nashville; Somerville, Massachusetts; and Santa Clara County, California - yes, the home of Silicon Valley - had all passed CCOPS laws. As of that time, nineteen other cities had C COPS laws in the works with Maine and California working on passing statewide CCOPS measures.

But it is more important than ever to keep the anti-surveillance movement alive.

Last month, ICE announced that they have entered into a contract with an ALPR provider, giving them agency-wide access to a nationwide license plate recognition database and the ability to conduct real-time location tracking. ICE has claimed they will not collect or contribute any data to a national public or private database, but somehow that doesn’t make you feel any better, does it?

The Verge reported that the contract is with Vigilant Solutions, the largest ALPR provider in the country. According to The Verge, Vigilant has collected data on 2 billion license plate photos by partnering with vehicle repossession agencies and local law enforcement agencies. The photos come tagged with a date, time and GPS coordinates of the sighting. They know where you have been, where you came from, and they can even find out if other vehicles are associated with your location trends. I don’t think I have to spell out for you what that means.

Because Vigilant and other ALPR providers are private companies operating in the Wild West of mass surveillance technology culture, there are no regulations or oversight to reign them in. Contracting out this work makes it easy for ICE to violate civil liberties without having their hands directly dirtied.

Protecting your community and your most vulnerable neighbors, coworkers and friends must include stopping ALPRs, and therefore limiting the data available to Federal agencies like ICE. Go to www.CommunityCTRL.com for the CCOPS guiding principles and model bill. You can also contact the ACLU through the same page to get help passing a CCOPS law where you live.

So, if defending civil liberties in your community and across the country is important to you, be sure to hit the share buttons to spread the word about #TakeCTRL: Stop ALPR Surveillance in Your Community with CCOPS Laws via @ACLU via social media so that others in your network can spread the word too.

Check out the #TakeCTRL hashtag for more actions and information

Exclusive: ICE is about to start tracking license plates across the US (The Verge)

California: We Need Privacy When We Park Our Cars (EFF.org)

Hear the segment in the context of Best of the Left Edition #1161: Privacy, what is it good for? (Privacy Rights)