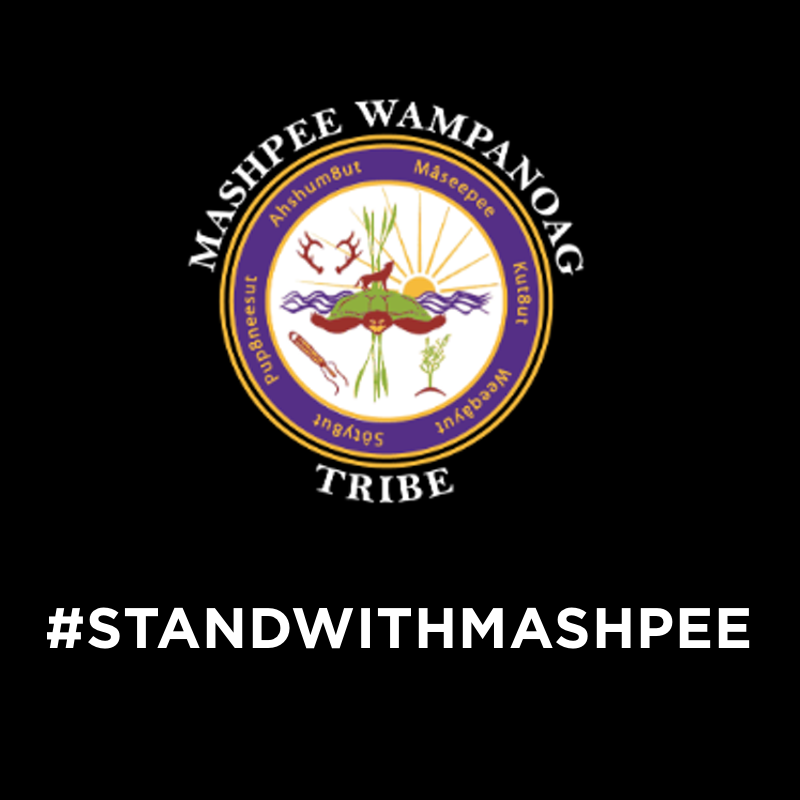 In a reversal of an Obama-era decision, the federal government ruled in September that the Mashpee Wampanoag Tribe of Massachusetts does not qualify for a reservation. This decision has the power to take 321 acres of tribal land out of federal trust, effectively disestablishing the tribe’s reservation and eliminating their self-governance.

With this ruling, the Trump administration is unearthing a disgusting tactic the United States government has used to destroy tribes in the past. The only way to protect the tribal land now is for Congress to pass the bipartisan Mashpee Wampanoag Tribe Reservation Reaffirmation Act.

If the Mashpee Wampanoag Tribe sounds particularly familiar, it may be because this is the Native American tribe of Thanksgiving origin story lore. The Tribe says their ancestors have occupied the land in southeastern Massachusetts since before human memory.

Here are some of the tribal voices of the movement fighting to protect their legal right to their land: https://vimeo.com/293866929

You can help the Mashpee Wampanoag Tribe reinstate their federal trust by calling your members of Congress, in the House and Senate, today to tell them to pass the Mashpee Wampanoag Tribe Reservation Reaffirmation Act. Visit mashpeewampanoagtribe-nsn.gov to learn more and find out other ways to support the tribe in this fight. You can also help amplify this action by using the hashtag #StandwithMashpee on social media.

So, if making sure Native Americans can legally own at least a fraction of the land we stole is important to you, be sure to hit the share buttons to spread the word about Telling Congress to Pass the Mashpee Wampanoag Tribe Reservation Reaffirmation Act via social media so that others in your network can spread the word too.

This Thanksgiving, The Trump Administration Is Taking Land From The Tribe That Welcomed The Pilgrims (Huffington Post)

Hear the segment in the context of Best of the Left Edition #1230: Thanksgiving and cultural heritage