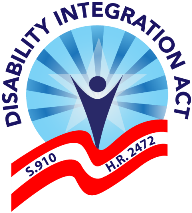 Last month, 200 activists from the disability rights organization ADAPT put their bodies and lives on the line yet again to fight for justice.

Demanding support for a critical civil rights bill called the Disability Integration Act, or DIA, activists demonstrated outside the offices of policy influencer organizations in DC, including AARP. They blocked AARP employees from leaving in their cars, risking injury and arrest to be heard. The standoff lasted six hours with temperatures in the 90s before police intervened. No one was arrested, but police carried away a man in a wheelchair and took the key from another’s powered wheelchair, effectively paralyzing them.

It’s important to remember that it was disability rights activists that made the news last summer as the Affordable Care Act and Medicare were under attack. The images of people in wheelchairs being physically dragged from the Capitol and from Mitch McConnell’s office had the desired effect. Those valiant efforts were critical in a down-to-the-wire victory where millions of Americans - both able-bodied and disabled - would’ve been affected.

Now the disabled community, which makes up nearly 19% of the population, is demanding their former healthcare allies, like AARP, return the favor. In a ThinkProgress article, ADAPT organizer Bruce Darling said, “People for the first time on national television saw disabled Americans being dragged away and disappeared, but that for us happens everyday. They are taken from their homes and forced into institutions. We are just dramatizing the conflict.”

Darling is referring to an unfortunate gap in the Americans with Disabilities Act: the need to make it easier for people who require long-term care - or Long Term Services and Supports - to stay in their homes and communities instead of being institutionalized against their will.

The Disability Integration Act is civil rights legislation that would address that gap, building on the 25 years of work that ADAPT has done to end the institutional bias and provide seniors and people with disabilities home and community-based services as an alternative to institutionalization. Despite a favorable Supreme Court ruling in 1999 and increased Medicaid funding through the ACA to address this problem, unwanted institutionalization is still rampant in the vast majority of states. The DIA would not amend the ADA, but would strengthen the Supreme Court integration mandate and create federal civil rights laws for those in institutions.

So what can you do? Call your members of Congress today to let them know you support the DIA. Spread the word about the DIA and the injustice of forced institutionalization on social media using the #DIAToday. And get involved with ADAPT by visiting ADAPT.org.

And finally, The National Organizing Project, a collaboration between ADAPT & National Council on Independent Living, is collecting personal stories that they can use on Capitol Hill when talking with legislators. To share yours, go to AdvocacyMonitor.com.

So, if defending the civil rights of all Americans is important to you, be sure to hit the share buttons to spread the word about Telling Congress to Support the Disability Integration Act via social media so that others in your network can spread the word too.

These disability rights activists protested to change a senator’s mind — and won pic.twitter.com/sg9n52PSXS

Help Sway Congress: Call for Stories: Snapshots of Our Lives

Spread the word on social media with #DIAToday

Hear the segment in the context of Best of the Left Edition #1188: "Impoverished, Imprisoned and Invisible (Disability Justice)"