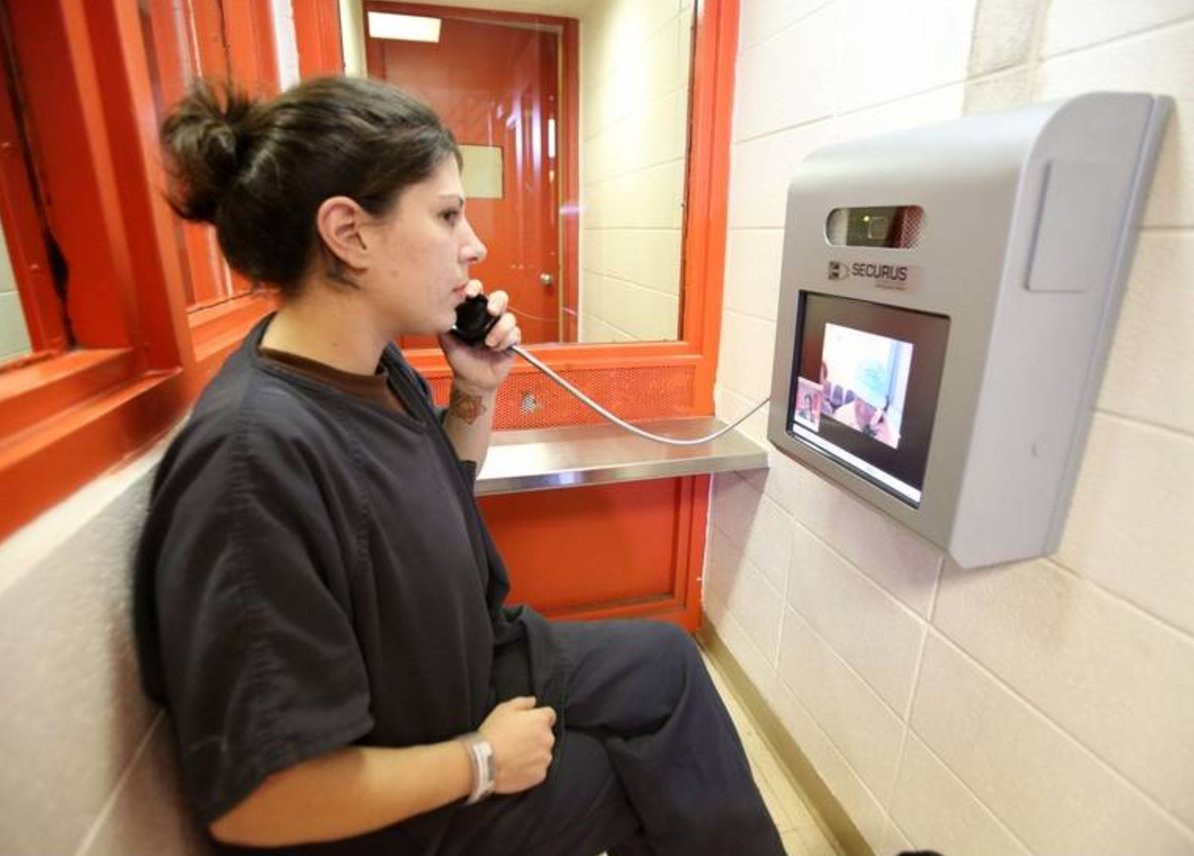 Prisons across the country are replacing in-person visitation with video calls. According to a 2015 report from the Prison Policy Institute, 74% of local jails banned in-person visits when they implemented video visitation.

Of course, as you might have guessed, this is all about money. The video visitation industry has been working hard under the radar to nail down contracts, shut down traditional in-person visitation rooms and require families to pay up to $1.50 per minute. Meanwhile, millions of people use video calling every day for free via companies like Skype. The video visitation technology in prisons is typically poorly designed, does not work well, and makes a trying and limited time for families even more challenging. And ironically, the visitor will still need to take the time to fly/drive to a facility to sit at a terminal to talk to their loved one if they do not own a personal computer.

To address this injustice, this month Senator Tammy Duckworth introduced an updated version of the Video Visitation and Inmate Calling in Prisons Act of 2017. The bill would require the FCC to regulate the use of video visitation and inmate calling services in correctional facilities; protecting incarcerated people from the elimination of in-person visits, the high costs of calling services, and substandard video calling technologies.

Technology has come a long way, but the intimacy of talking face to face still cannot be replaced. Children, especially, need that face time with their parent or loved one to ensure bonds and connections are not lost during the time apart. But right now, an unregulated cottage industry trying to milk the system can take that away.

So, if stopping the corporate abuse of families and inmates caught up in our injustice system is important to you, be sure to hit the share buttons to spread the word about supporting the Video Visitation and Inmate Calling in Prisons Act of 2017 via social media so that others in your network can spread the word too.

Learn about and share facts on video visitation at PrisonPolicy.org/visitation

Hear the segment in the context of Best of the Left Edition #1122: Real-Life Alternatives to the Prison/Industrial Complex