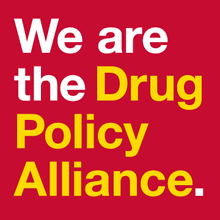 This month, in the midst of the chaos of yet another major east coast snowstorm, Attorney General Jeff Sessions released a memo “strongly encouraging” federal prosecutors to apply charges that bring the death penalty in certain drug cases, including “dealing in extremely large quantities of drugs.”

As this is part of the Trump administration’s response to the opioid crisis, many, including myself, have wondered aloud if Sessions would advocate using capital punishment on pharmaceutical executives.

The ACLU responded to Session’s memo by calling it absurd and unconstitutional, stating, “Drug trafficking is not an offense for which someone can receive the death penalty. The Supreme Court has repeatedly and consistently rejected the use of the death penalty in cases where there has been no murder by the convicted individual.”

Beyond that, the organization Drug Policy Alliance has extensively detailed reports on why what are called “drug-induced homicide” laws are counterproductive and inhumane. At the peak of the War on Drugs in the 1980s, the federal government and many states passed these laws to punish people who provided drugs that led to accidental overdose deaths with sentences equivalent to those for manslaughter and murder. They were rarely used, but with the recent spike in overdose deaths, they have been revived by police and prosecutors. There was a 300 percent increase in these charges from 2011 to 2016.

As with most drug laws, drug-induced homicide laws disproportionately affect the poor, people of color, and those with felony records who have a difficult time getting jobs. Not only that, but they can provide a disincentive to call for help when witnessing an overdose if that person has provided the drugs. And we’re not just talking about selling drugs to a stranger. Many have lost loved ones from an accidental overdose after sharing drugs with them and then lost their freedom, and sometimes children, because they were the ones who provided those drugs.

The Drug Policy Alliance advocates for the expansion of harm reduction services and effective treatment, including establishment of safe consumption services, drug checking, syringe access programs, 911 Good Samaritan laws and evidence-based drug education. The organization also advocates for the Marijuana Justice Act that would end federal marijuana prohibition, support racial justice, and help repair communities most devastated by the war on drugs. But, as you know, we need to take back the House and Senate this November if we ever hope to see that legislation passed. Head over to DrugPolicy.org to learn more.

So, if opposing failed policies and adopting the solutions that will save lives instead is important to you, be sure to hit the share buttons to spread the word about Telling Congress that Punitive Drug Policies Don’t Work. Harm-Reduction Does. via social media so that others in your network can spread the word too.

Trump’s proposal to execute people who sell drugs is alarming, appalling and wrong.

Help us fight back: Tell Congress to stand against punitive drug policies and to embrace harm reduction solutions that are proven to save lives. https://t.co/wiNnEM3A6E pic.twitter.com/CFAfl3R8DP

Tip: Use the sample email as guidance for a call script.

An Overdose Death Is Not Murder: Why Drug-Induced Homicide Laws Are Counterproductive and Inhumane (Drug Policy Alliance)

Hear the segment in the context of Best of the Left Edition #1174: Renewed and repackaged racism (Drug War)